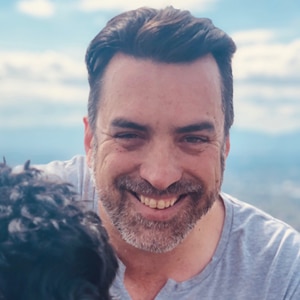 Jay grew up in the production field, starting in his teen years at Albuquerque’s Adobe Theatre handling everything from lighting and set design to technical direction and project management. If it’s involved with theatrical production, Jay’s done it.  Jay later moved to Scottsdale, Arizona to work in various corporate production fields, including personnel management, content creation and design. Recognizing the need for a full-service company that bridged the gap between service and technology, he founded Solid State Designs in 2001 with the intention on becoming the premier customer centric production outfit.  In 2019 Jay and his partners merged with VX3 to offer a full service outfit for production services.

Jay has worked as a video engineer, lighting designer and production manager in his 22 years of industry experience.  Jay is an avid outdoorsman, Moto GP fan, and epicurean. His passion at work is people development and guiding the company’s philanthropic contributions.  He spends most of his free time with his wife and two dogs, Jamie, Winston and Bentley.